J.V. Tierney & Co. are very proud to be the winner of  the Chartered Institute of Building Services Engineers (CIBSE) Ireland award for Building Services Design of the Criminal Courts of Justice Building, Parkgate St., Dublin, which was announced at the CIBSE 50th anniversary awards dinner, in the Clayton Hotel on the 30th November 2018. 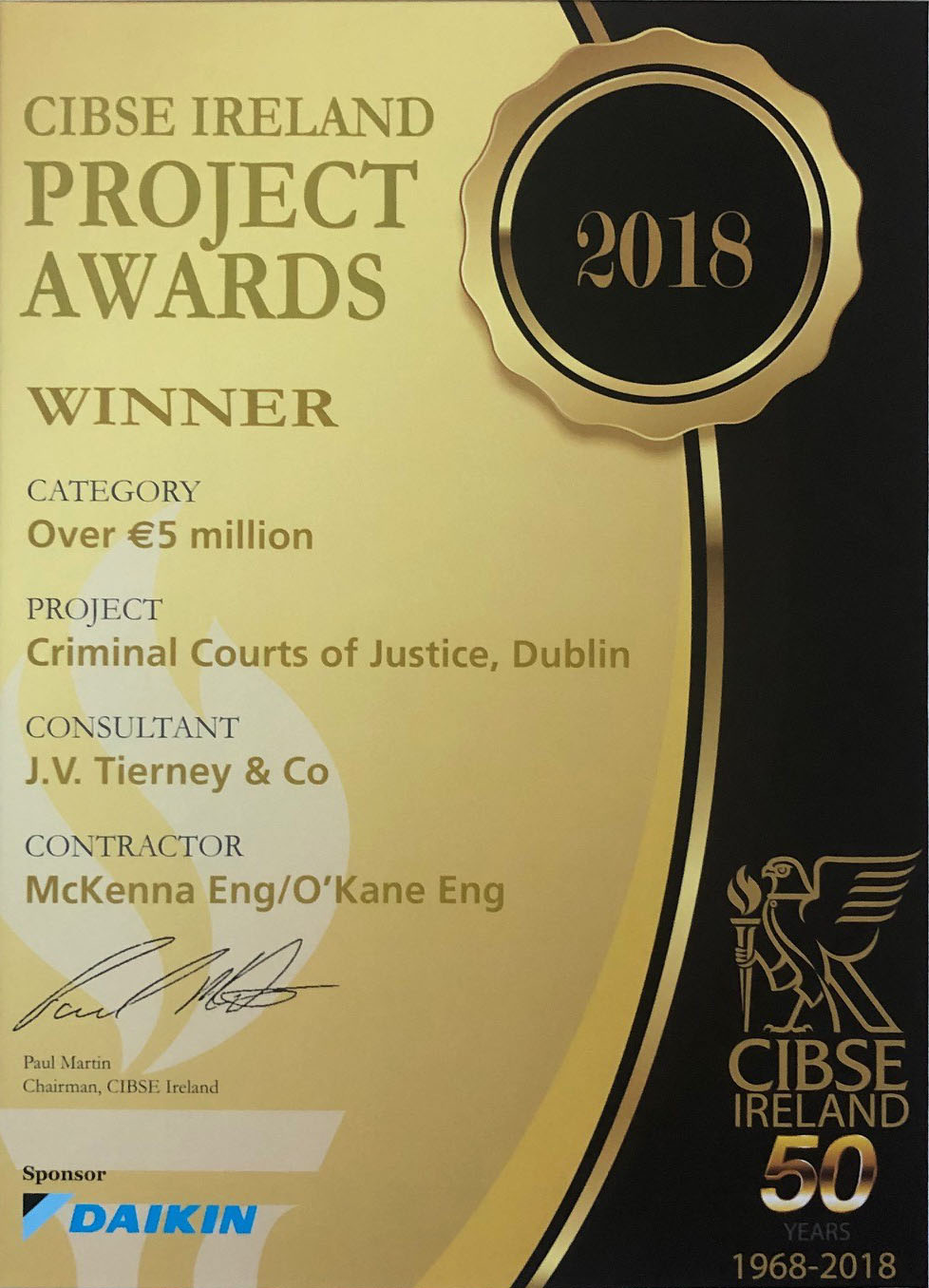 For more information on The Criminal Courts of Justice Click Here
Many Thanks to:

CIBSE for organising the awards and the event

PPP Company – Hugh Blaney and his Team in Amber Infrastructure

Main Contractor – Kevin O’Brien and his Team in PJ Hegarty

Architects – Peter McGovern and his Team in HJL

Structural Engineer – Paul Forde and his team in DBFL

FM Contractor G4S – John Farrell and his Team in G4S